Our selection of Breitling Watches

As Breitling has a connection with aviation, it is not a surprise they chose a winged B-logo. Breitling invented the chronograph and supplied many pilots of the Royal Airforce, US Airforce and Luftwaffe. They built an exceptional reputation amongst the greatest watch brands in the world.
Read more about Breitling 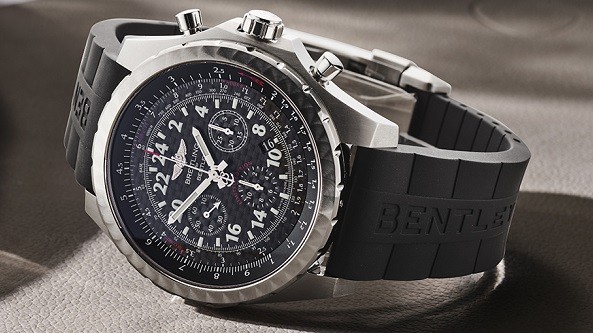 Breitling started out in 1884 in Saint-Imier, in the Swiss Jura.  It was founded by Léon Breitling, to be continued by his son Gaston, when Léon Breitling passed away in 1914.  Since then it has been a family owned business untill it was bought in 19179 by Ernst Schneider.  Breitling used to depend on external suppliers for their movements, until in 2009 the B01 movement was developed, which it has been using for it's Chronomat and Navitimer series.

Recently Breitling was acquired by CVC Capital Partners, although the previous owner Théodore Schneider still holds 20 percent of the company.  Its worth is estimated to be around 800 million Euros, and it is reported that CVC would have paid about double of the net worth.  Yearly Sales Revenue is reported to be between 400 and 500 million Swiss Francs.  Breitling is selling worldwide and is now one of the many watchmakers that are vying the Chinese market.

Generally Breitling aren't creating the buzz and scarcity as some other Swiss watch brands are doing.  Thus there's no huge price increases due to speculation and scarcity.  People don't buy Breitlings for investment purposes, but rather for their quality of build and functions, their excellent price-quality and of course people like the look of this or that specific model.  Reselling your Breitling will generally be at a lower price than the buying price, although seldomly, if the watch is well kept and serviced, at a big decrease in value.